New Foundation Farms partners with Ooooby because maximising the farmer’s share of the food pound is the other half of a regenerative farming future. 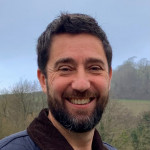 At New Foundation Farms, we are excited about our new strategic partnership with Ooooby and having its founder Pete Russell join our international advisory group. Ooooby provides a key element in transforming the future and fortunes of farming: low cost technology and a customer facing solution to enable ecological farmers to get a fair share of the value of the food pound.

Since coming to the UK two years ago, Ooooby has grown rapidly and now provides the digital platform for 24 organic home delivery businesses delivering an estimated 12,000 home deliveries/month. Oooooby cuts admin time from typically three days to half-a-day and costs the farmer only 2% of revenue. As an example, Tolhurst Organic in South Oxfordshire is now able to grow its customer base considerably without needing to employ more staff. The system helps to give everyone on the team the right information at the right time to optimise efficiency.

Right now, the vast majority of farmers are caught in an economic vice. Input costs are controlled by a small group of global mega-corporations. That’s everything from fertiliser and pesticides to energy and seeds. Then, when what farmers produce leaves the field, they once again face equally large wholesalers, processors and supermarkets. To say the farmer is the weakest player in the supply chain is an understatement.

Breaking the vice is exactly why we started New Foundation Farms.

Ecologically regenerative approaches to food production can liberate farmers from being squeezed on input costs because we can reduce and even eliminate a dependency on chemical inputs to both crops and animals, use less energy and maybe even use seeds grown on the farm.

But just doing that will not solve the problem on its own. As long as farmers mostly sell wholesale to powerful organisations whose focus is to maximise profits for their shareholders, they are still hostages to the interest of others.

Typically, farmers are currently lucky to get 20p in every £1 spent on food. When you stop and think, you really couldn’t design a more hostile business environment than the one we have built for the people who grow our food. And also, you start to realise that maybe figuring out how to get farmers a bigger share of the pie, could mean we don’t have to have more expensive food at the retail level for families.

The solution is to go downstream, processing what is grown and retailing as much locally produced food directly to local people. In the process, you open up a whole new world of possibility.

Of course, going downstream isn’t easy or even what many people in farming today really want to do. Turning cows into burgers and chops, wheat into flour, breakfast cereal, dough or bread requires entrepreneurial expertise and capital. And then retailing with home delivery and farm shops, cafes and restaurants is another level.

But vertical integration is commonplace in many industries and we have no doubt that it is where the future lies in farming.

And people like Pete and the team at Ooooby are making it a great deal easier with their low-cost tech to support the farmer and the citizen shopper to connect with each other. And when they do, and do so well, farming becomes much more profitable, can employ many more people locally, and if it’s regenerative, do a much better job for nature.