With subsidies for farming on the way out and fertiliser and fuel on the way up, the short-term prognosis for conventional farming is not good. And the long-term prognosis is even worse: ecological destruction, marginal economics and an average age of farmers well past 60 doesn’t add up to a flourishing future for the agricultural sector.

This is bad news for all of us, but it is especially bad news for landowners, whether farming directly, or with tenants who do so. 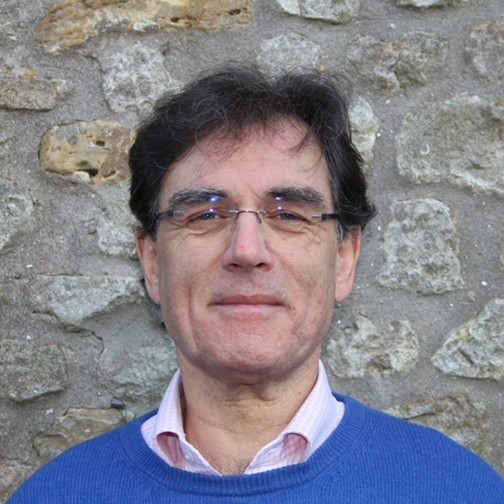 Long standing estate management consultant Kevin Wissett-Warner read the tea leaves a decade ago and began a journey to figure out what could be different. As a confidante and advisor to landowners across the United Kingdom, he has wrestled with the question of how to give relevant practical advice to his clients that successfully improves both the financial and ecological aspects at the same time.

“Managing estates is a challenging business,” observes Kevin. “The variables are wide ranging and include weather, input and commodity prices and pest and disease outbreaks. It’s often less about getting it right and more about not getting it horribly wrong. This makes major change even more testing for everyone involved.”

Kevin’s journey of exploration led to being introduced to the team at New Foundation Farms (NFF) in early 2020. “When I met NFF co-founders Mark (Drewell) and Marcus (Link) I immediately recognised that they were onto something that was super-relevant to addressing the needs of country estates and the custodians who care for them. And the more I got to know NFF the clearer the path became and the deeper I wanted to be involved”.

This growing involvement has now gone to a new level with Kevin being appointed to the NFF board in March this year. His arrival has contributed to a new development for the company; building partnerships with landowners in which NFF brings the capital and hands-on management expertise to take on a long-term involvement in a regenerative transition. For the estate owner, this opens a new future in which their custodianship of the land is transformed ecologically, socially and economically.

“Originally we took the view that it was critical for NFF to own land outright in order to effect the radical transition needed in food and farming,” says Mark Drewell. “But we are now finding a change in attitude amongst landowners. The short- and longer- term headwinds facing conventional farming and associated land management are becoming painfully clear to everyone. This is opening doors that were firmly shut even two years ago.”
A typical arrangement involves NFF taking on a long lease with a guaranteed rental for the landowner and a share of the upside once the regenerative farming enterprises deliver growing profits.

Modern science recognises that flourishing in nature is less about survival of the fittest and more about collaboration. Using insights from the latest developments in ecology, soil science and the science of biomimicry (learning from nature) creates an approach to food and farming in which everyone wins by creating successful regenerative agriculture.

NFF calls this approach “nature-tech”. It goes beyond growing food whilst reducing the ecological damage: it’s about creating a flourishing ecosystem which also produces abundant food. It is about harnessing the power of relationships between a rich and expanding diversity of microbes, insects, plants and animals (wild and farmed), to grow nutrient-dense food profitably on regenerating soils.

Kevin concludes “Landowners can lead the nature-tech revolution and I am delighted to be working with the New Foundation Farms team to help make that happen. It’s very exciting stuff!”